The National Register-listed Whiteface Veterans’ Memorial Highway was built between 1929 and 1934 to honor those who had died during World War I, while also drawing a burgeoning new generation of “auto tourists” to the Adirondack region by offering easy access to a mountaintop view. The 8.5-mile highway is a marvelous work of civil engineering, as are the 426-foot tunnel and 276 foot elevator that transports visitors to the summit. Closer to the base of the highway sits the whimsical Santa’s Workshop, which is sometimes cited as the first amusement park in the country. In the late 1940s, Lake Placid businessman Julian Reiss enlisted the talents of artist and Jay native Arto Monaco to design and develop the storybook themed site. Born in 1913, Monaco began drawing at an early age. He attended Pratt Institute in New York City, and later worked for MGM studios. He created Santa’s Workshop on the slopes of Whiteface Mountain not far from his studio in Upper Jay. Santa’s Workshop opened in 1949 and has been dazzling imaginations since. Join us on a rare behind-the-scenes tour of the Workshop, starting with a slide presentation by members of the Wilmington Historical Society and Alison Haas. After that, we will ascend Whiteface Mountain via the highway, stopping for behind-the-scenes explorations of the Atmospheric Sciences Research Center’s (ASRC) Whiteface Mountain Field Station, and the architecturally fascinating chalet-style tollhouse, massive stone castle, and summit building, respectively. The adventure will be capped off by a sunning mountaintop view of the surrounding mountains and valley. 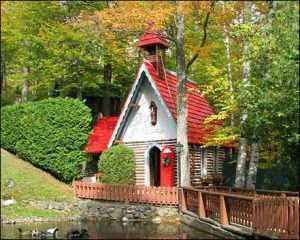 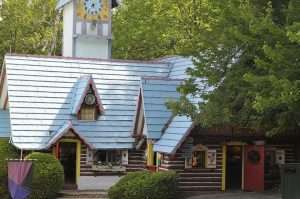 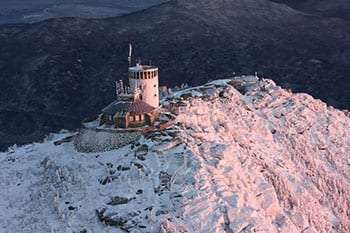 The tour begins at 10 a.m. and ends at 4 p.m. Lunch will generously be provided by Santa’s Workshop.

The tour is $50 for AARCH and Wilmington Historical Society Members, $60 for non-members.