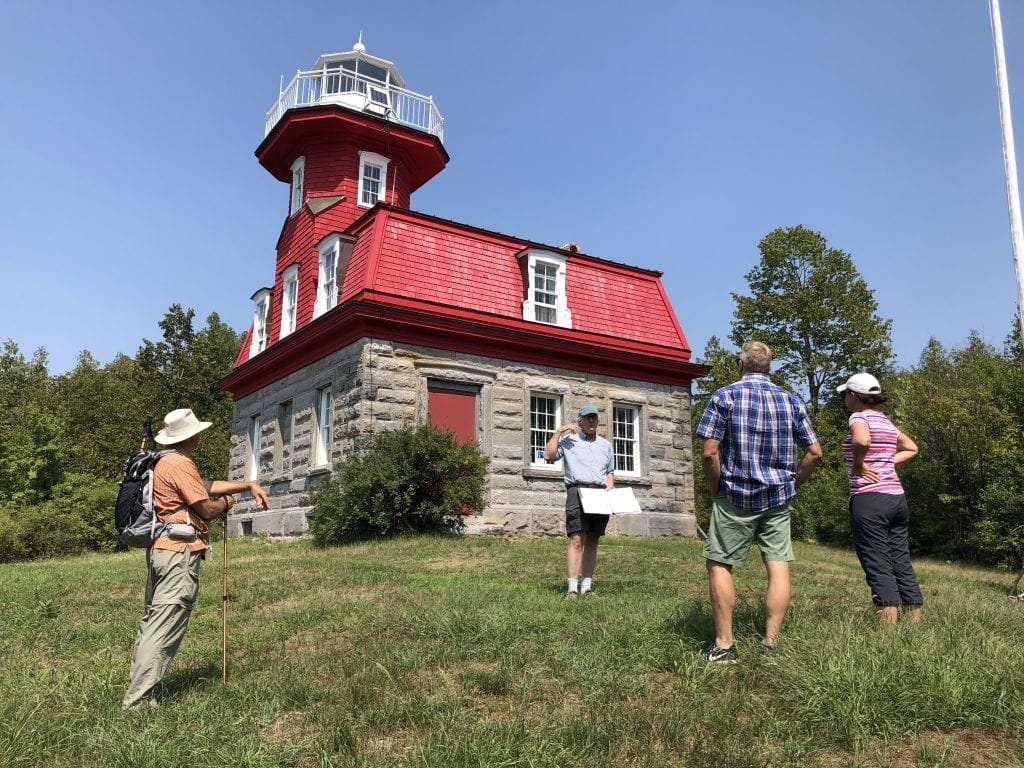 Lake Champlain’s Valcour Bay is a National Historic Landmark because it is the site of the first naval engagement between the fledgling United States Navy and a British fleet, which occurred here during the Revolutionary War at the October 1776 Battle of Valcour. A small fleet under the command of Benedict Arnold held the British fleet at bay near this tiny island, delaying a deeper British incursion into the Colonies. In addition to its rich military history, the island was home to farms and summer camps, a 19th century utopian community, and once had the largest rookery of Great Blue Herons in the state. Although the island itself is part of the Adirondack Forest Preserve, the recently restored 1874 Bluff Point lighthouse is managed by the Clinton County Historical Association (CCHA). AARCH has been granted special permission to enter and explore the lighthouse on these tours.

This tour is led by AARCH Staff and naturalist David Thomas-Train. The tour begins at 9:30 AM and ends around 3:30 PM.

Please note that this tour includes a short boat ride plus a four-mile interpretive hike over rough trails and difficult terrain.