On a remote dead-end road meandering toward the High Peaks stands an odd assortment of structures: an imposing stone tower, a stabilized 19th-century house where Teddy Roosevelt once stayed, and a handful of tumbledown cottages, all on property now owned by the Open Space Institute. 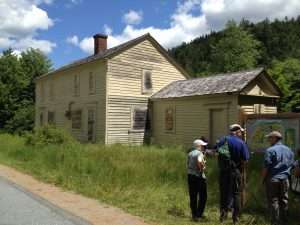 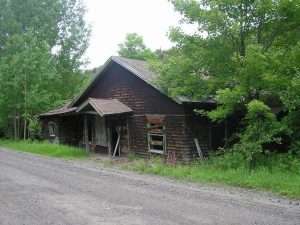 On this tour, we will look at more than a century and a half of mining and settlement at this site and its progression through two mining eras, time as a sportsman’s club, decades as a ghost town, and now as a well-interpreted historic site.  We will see the 1854 McIntyre Furnace, the remains of the village of Adirondac, and will talk about the Adirondack Iron and Steel Company operations of the mid-19th century and the 20th-century titanium mining operation there. 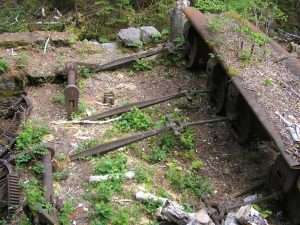 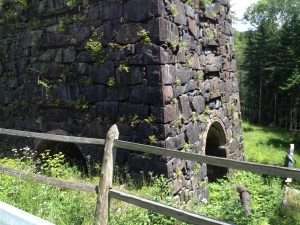 Our day will begin with a general overview of the area and the structures that are near the road.  We will then venture into the surrounding forest to experience a special behind-the-scenes perspective, hiking to nearby sites to discuss their historic function and archaeological significance.

The tour begins at 10:00 am and ends around 3:00 pm, and includes hiking on uneven ground and standing for long periods of time.