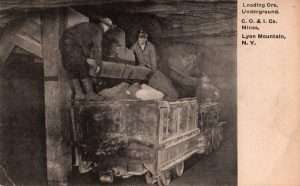 Once referred to as “the town that refused to die,” Lyon Mountain has faced overwhelming hurdles in the past half-century. The open pit mining at Lyon Mountain was known for producing high quality iron ore, so preferred that it was used in the manufacture of the cables of the Golden Gate Bridge. The departure of Republic Steel in 1967 stripped the community of its largest employer. Despite this, the town has marched forth, celebrating its history through a mining museum, located in the restored 1903 Delaware and Hudson train station. 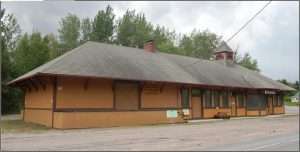 The Lyon Mountain Mining and Railroad Museum, headquartered in a historic train station.

This tour will include a visit to the Lyon Mountain Mining and Railroad Museum, as well as a walking tour of the town. Many of the company homes, sold into private ownership years ago, have been restored. We’ll also look at the remains of the mining operation.

For more information on Lyon Mountain: