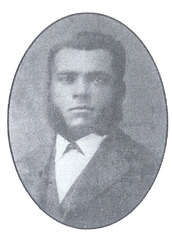 Isaac Johnson’s arrival in the North Country during the late 19th century came after an eventful and tumultuous life. Born enslaved to his father, a Kentucky farmer, Johnson lived a relatively free life until his father sold him, his mother, and his three siblings into slavery for $1,100. After an unsuccessful escape attempt, Johnson eventually sought freedom again during the Civil War, and escaped to Union Army lines in 1863. Soon after, he joined a black regiment and fought for the Union Army’s 102nd Colored Troops in South Carolina. After the war, he made his way to the U.S.–Ontario borderland near the Ogdensburg-Waddington area and worked as a stone mason and master builder. His story sheds light on the African American experience in the North Country and explores the depth of Johnson’s personal history, his work, and the architecture his career produced.

This tour will include a talk by St. Lawrence University Professor Cornel “Corky” Reinhart on his time unearthing the Isaac Johnson story. Tour the historic 1884 Waddington Town Hall, and travel to Ontario to explore two of Johnson’s finest buildings – the St. James Anglican Church in Morrisburg and the Winchester United Church in Winchester.

Please note that all participants must have a valid passport or enhanced driver’s license to travel across the Canadian border.