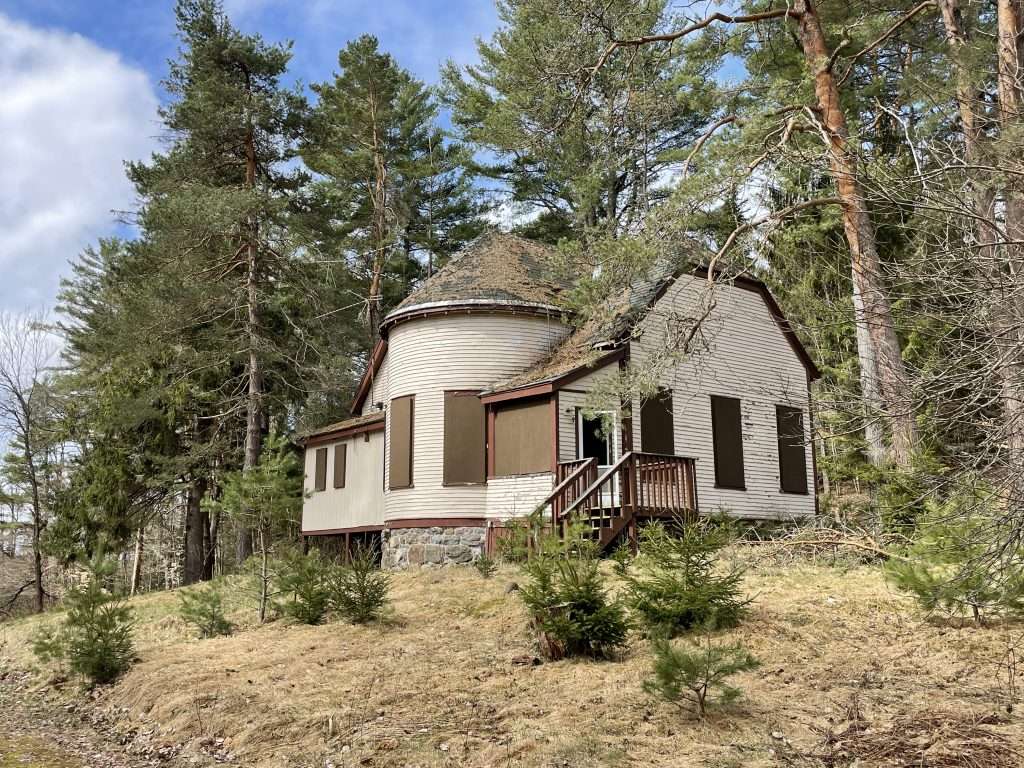 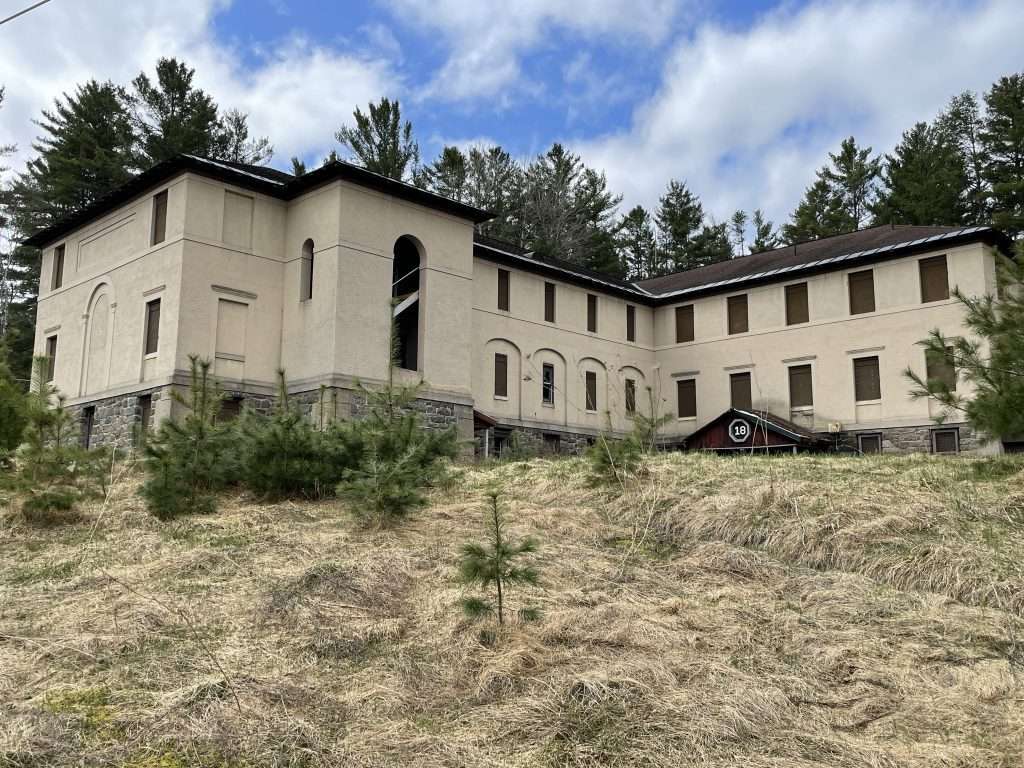 Opened by the Ogdensburg’s Sisters of Mercy as a Tuberculosis curing facility in 1897, the Camp Gabriels complex carries a deep web of interconnected stories through various operations at the site for over a century. Gabriels stood as the second major curing sanitorium of its time after the pioneering efforts of Saranac Lake’s Dr. Edward Livingston Trudeau established the area’s first in 1884. Alongside lending its name to the surrounding community years later, the complex operated as a rehabilitative and curing space for Tuberculosis and elderly patients until its closure in the early 1960s when nearby Paul Smith’s College purchased it for use as a satellite campus for its forestry program. Nearly two decades later, the college sold the complex to New York State in 1980 for use as a minimum-security correctional facility until its closure in 2009. Today, the site boasts a rich collection of solid masonry and stone buildings, ecclesiastical structures, and other unique architecture and houses a complex history beyond its original life as a curing space. Experience this rare opportunity to explore this multi-layered, historic complex with a group of historians and former workers at the site, and learn about its history, architecture, multiple reuses, chapter as a carceral facility, and the complexities surrounding its future.

This tour is led by former Camp Gabriels Commissary Clerk Ara Newman; historian, professor and author of A Prison in the Woods, Clarence Jefferson Hall; our friends from Historic Saranac Lake; and AARCH staff. The first half-day tour begins at 10 AM and ends at 12:30 PM and the second tour starts at 1:30 PM and ends at 4 PM