The registration deadline for this tour is Tuesday, July 18. 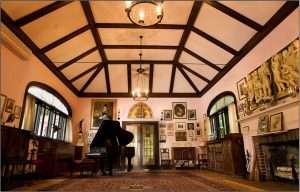 On this tour we will start our day by visiting part of Bolton Landing that is rarely seen. Our guide, Bolton native Ted Caldwell, will take us off the beaten path to explore Clay Meadows, one of the oldest settlements in town, its cemetery, a Civilian Conservation Corps camp, and the Alma Farm.

We will then carpool to the Sembrich Opera Museum, the restored former teaching studio of internationally known Polish soprano, Marcella Sembrich. The house was built in 1924 and received a 2015 AARCH Preservation Award for its stunning restoration and adaptive reuse. We’ll have a behind-the-scene tour of the museum grounds as well, which are situated on a beautiful four-acre lakeside setting. To end our day, we will enjoy a classical music performance by the Silver Bay Ensemble in the studio space where Mme. Sembrich once taught. 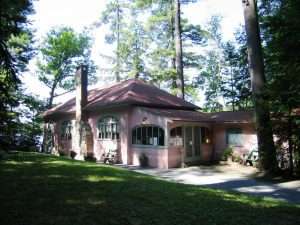 FEE:  $45 for members and $55 for non-members. Admission to the concert and museum is included. The first portion of the tour consists of a two-mile walk on wooded paths.