A Day on Big Wolf Lake 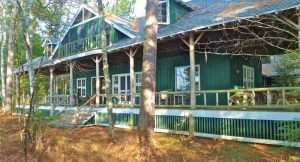 Big Wolf Lake is a large, pristine waterbody near Tupper Lake, the centerpiece of a 4,000-acre private preserve. Among the 30 or more camps standing along its shoreline are five designed by noted Adirondack architect William Distin, as well as other historic and architecturally interesting lodges, camps, and structures. Originally a mystery tour back in 2019, this outing offers a spectacular “behind-the-scenes” look at this beautiful, private area. We’ll start the outing exploring the Big Wolf Lake Association’s century old clubhouse for an orientation to the history of the area and William Distin. Next, we will travel to The Moorings, our guide Howie Kirschenbaum’s family’s century-old camp including a 1965 Distin-designed dwelling. We’ll then get in canoes and kayaks that live on Big Wolf Lake (to prevent invasive species, no off-lake boats are allowed) and paddle for a little more than a mile up the scenic lake, viewing and learning about its camps from the water. Then we’ll dock the boats and take a short walk to a hidden pond and lean-to for a picnic lunch. Returning to The Moorings by a different route, we’ll see more camps from the water. Finally we’ll tour the several buildings of The Moorings and end the day relaxing on the camp’s expansive covered porch. 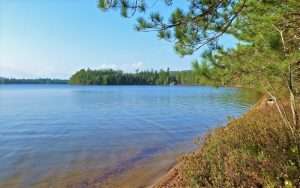 This tour is led by AARCH founding board president Howie Kirschenbaum. The tour begins at 9:30 AM and ends around 3:30 PM.

Tandem canoes and kayaks, and lifejackets, provided; participants attending solo will be asked to pair up. Basic canoeing experience required.