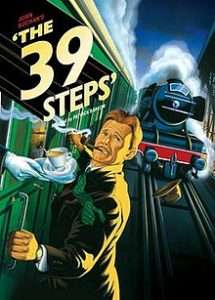 Mix a Hitchcock masterpiece with a juicy spy novel, add a dash of Monty Python and you have an intriguing and riotous comedy at The Depot Theatre. “The 39 Steps” hurtles a notorious fugitive and a spellbound blonde from a London music hall north by northwest to Scotland’s most remote highlands. Will they save Britain from a den of devious spies? Find out while a cast of four daring actors plays over 150 characters in this fast-paced tale of an ordinary man on an extraordinary adventure.

Join AARCH as we celebrate The Depot Theatre’s 40th anniversary season on the closing night of this entertaining production. We’ll begin with a walk of the historic property and learn about why it earned an AARCH Preservation Award. Attend the silly who-dun-it then be invited backstage for a private “behind-the-scenes” theater tour. Continue the fun with the group at an optional dinner at the Westport Hotel and Tavern, serving hospitality in Westport since the 1870s. 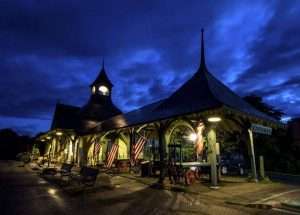 The architecture tour starts at 4:15 pm; play begins at 5 :00 p.m. followed directly by a backstage tour
at around 6:30 pm. Optional dinner follows.

FEE: $45 for members and $55 for non-members. Price includes ticket and two tours. Dinner is not included.