At Bartlett Carry, the Saranac River drops 30 feet in two tenths of a mile between Upper Saranac Lake and Middle Saranac Lake, making a portage in both directions necessary.  This stretch of river was also legendary for its trout fishing.  It was here, in 1854, that Virgil Bartlett established an inn for 50 guests and a horse-drawn wagon service for conveying boats along the carry.  For 30 years he and his wife, Caroline, operated this popular establishment.  The property was then purchased by a group of wealthy patrons who organized it as The Saranac Club and built additional lodges and private cottages.  During the 20th century, it was used in a variety of ways and, in 1968, it was purchased by Fran and Jay Yardley, who restored and opened it to the public as the Bartlett Carry Club.  It was later sold into private, cooperative ownership. 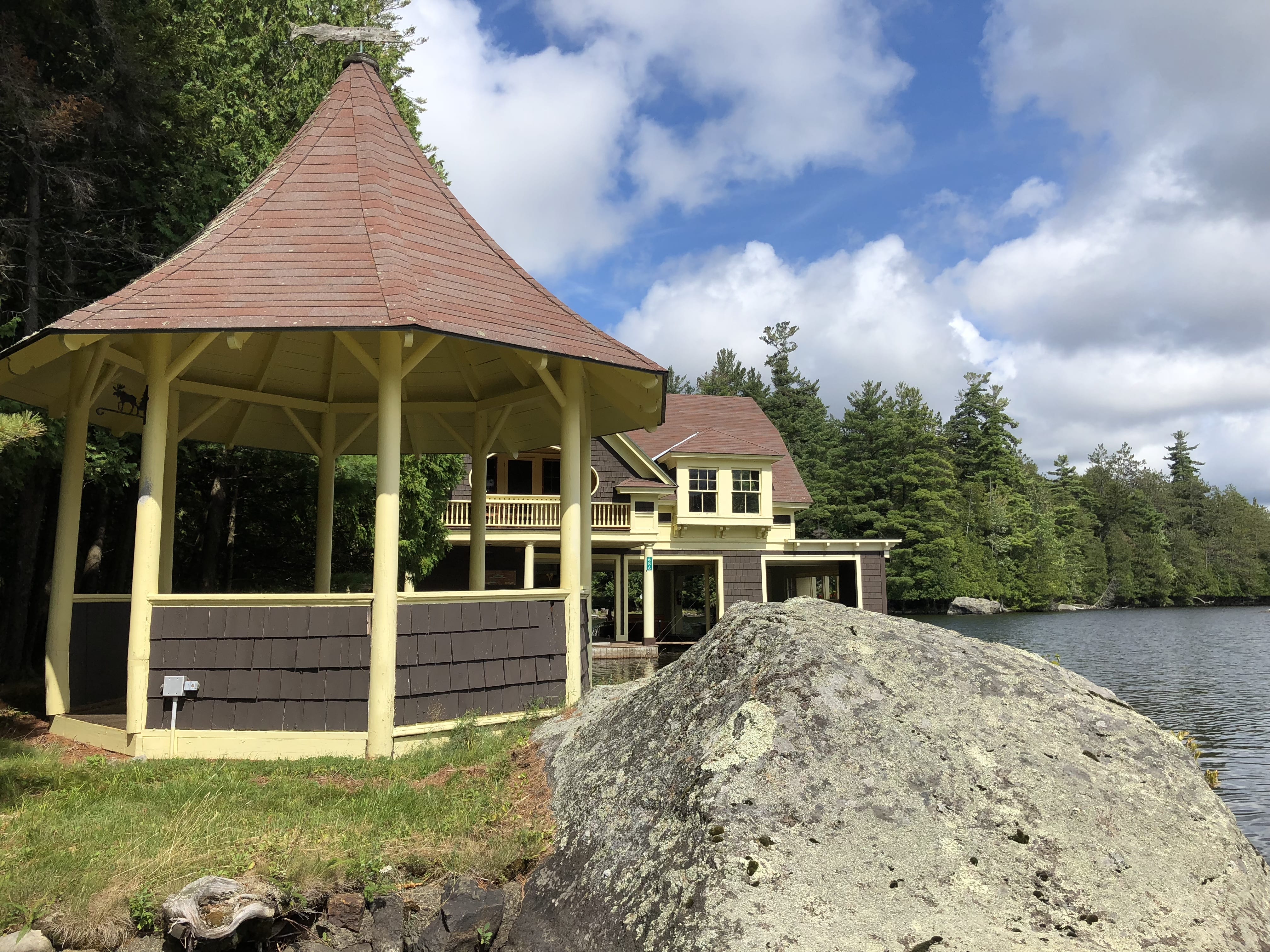 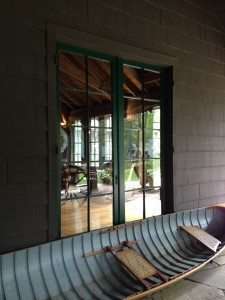 We’ll also see a remarkable camp on the Upper Saranac Lake end of the Carry called Dancing Waters. This is a rare opportunity to visit a place of great regional historical importance and to hear its story from Fran Yardley, actor, storyteller, and Bartlett Carry historian. There will be opportunity to buy, and have signed, Ms. Yardley’s new book Finding True North: A History of One Small Corner of the Adirondacks.