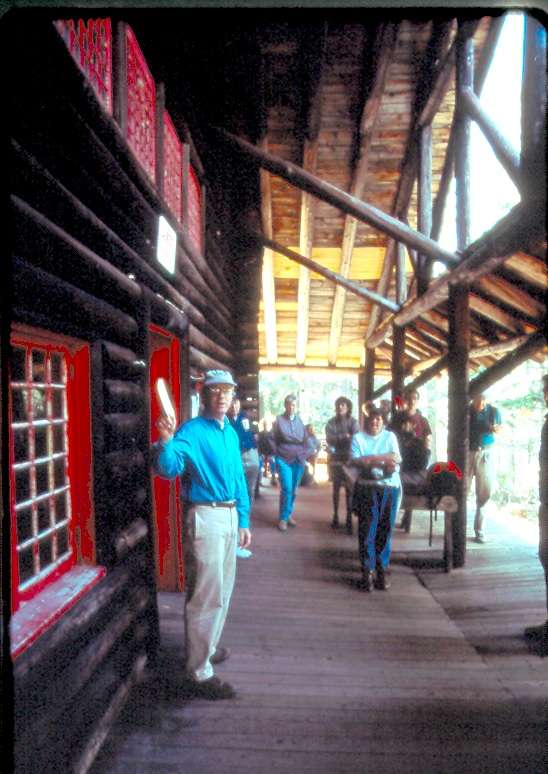 The Santanoni Preserve was an extensive estate almost 13,000 acres in size that was created by Robert and Anna Pruyn of Albany. Construction of the camp started in 1892 and, at its heyday, the property included nearly four-dozen buildings, a 200-acre working farm, and a Japanese-inspired rustic log villa. In 1972, Santanoni was acquired by the State of New York, it became part of the Forest Preserve and, for nearly 20 years, the camp was neglected and deteriorated. One of the issues around which Adirondack Architectural Heritage was founded in 1990 was the preservation of Camp Santanoni and, for 30 years, AARCH has been its most effective advocate and a major player in the partnership to preserve this National Historic Landmark and make it an extremely popular destination.

Howie Kirschenbaum and Steven Engelhart, the two people most responsible for Santanoni’s preservation and success will lead this day-long outing. Howie was AARCH’s founding board president and crafted the legal solution to the camp’s reservation, co-authored Santanoni: from Japanese Temple to Life at an Adirondack Great Camp, and has been an active volunteer there ever since. Steven has been largely responsible for staffing Santanoni each year, managing the extensive planning work that has guided the restoration of the camp, and for raising more than $3 million for preservation work there. Howie and Steven will interpret the colorful history of the camp, in particular the story of AARCH’s 30 role as its champion.

This tour is led by AARCH Executive Director Steven Engelhart and founding AARCH Board President and long-time board member Howie Kirschenbaum. The tour begins at 10 AM and ends at 4 PM.

There is a suggested donation of $35. A limited number of seats are available on a horse-drawn wagon for an additional $30 fee.

Please note that this tour involves a wagon-ride or 9.8 hike/bike on dirt road. This outing will explore all three of Santanoni’s building complexes – the Gate Lodge, farm, and Main Camp. Participants will walk, bike or take the draft-horse wagon on this 9.8 mile roundtrip excursion.