Have you been following the grassroots efforts of Save Keeseville’s Historic Bridges? Are you curious as to why a particular type of bridge was used or what kind of bridge you are seeing?  This week we explore some of the various bridge types found in New York State. In Keeseville, like so many communities with historic bridges, these bridges are increasingly rare examples of engineering works that connect us to our cultural legacy and help to form the identity and heart and soul of a community.

The type of bridge best suited to a particular site depends on several factors. The length to be spanned, the nature of the river banks, the free height required under the bridge, the variations in the river’s water level, the materials and the specialized labor available for its construction, the cost, the type of traffic expected and even aesthetic considerations all play a roll in determining the type of bridge constructed. The result is that while standardized bridge types were developed, there exist many variations on types that can be seen in historic bridges throughout the region.

The world of bridges divides itself into four or five basic types: Suspension Bridges, Beam and Girder, Movable – swing, bascule, and lift, Arch – masonry, wood or steel, and Truss bridges – iron/steel or wood. There is also a Burr Truss, which is typically associated with covered bridges, though covered bridges can be of a variety of truss configurations.

Beam and girder bridge is the simplest and oldest bridge type. It generally consists of one or more spans which are supported by an abutment or pier at each end. Beam and

United States in the twentieth century. Beam bridges can were constructed of timber as material technology advanced, beam and girder bridges became steel and concrete. 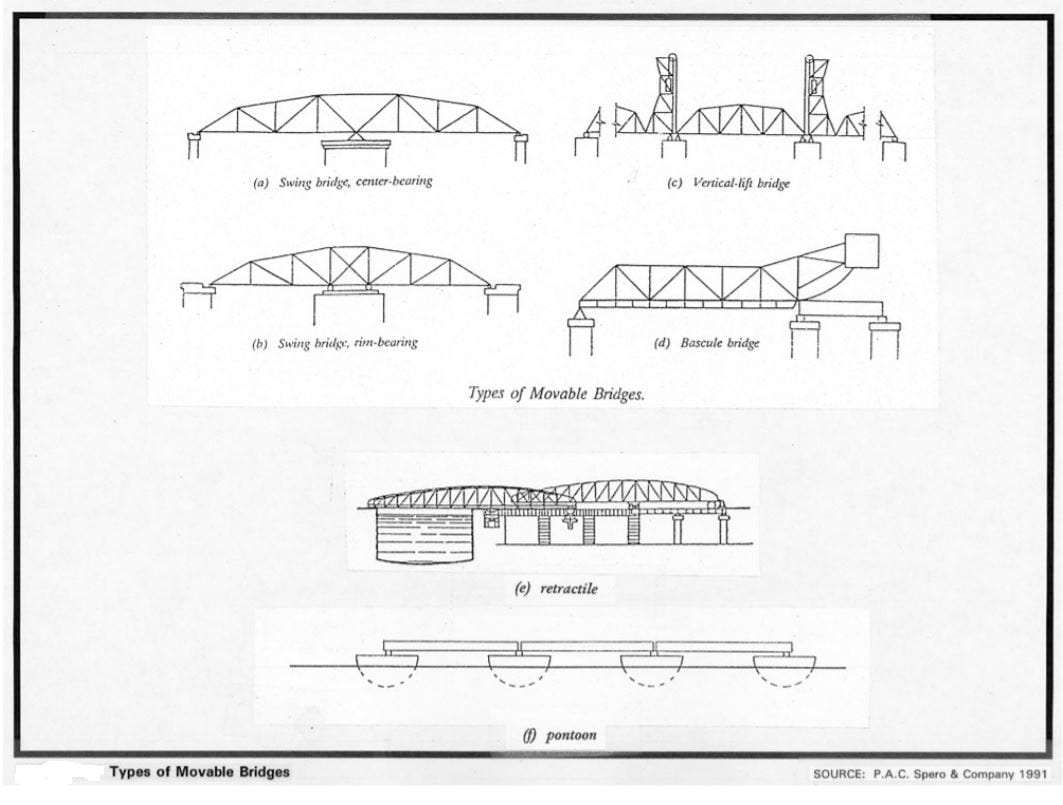 Movable bridges, usually found over waterways, allow ships and boats passage along the water route, and a flow of traffic over the crossing. The four primary types of movable bridges are: retractile, swing, lift, and bascule.

The arch bridge, whose basic technology dates back to ancient Rome, is a semi-circular form which can be composed of masonry, brick, steel, timber, or concrete. The arch rib or ring spans an opening, providing support for the roadway. The space between the arch ring and the roadway, or deck, is the spandrel.

Trusses can further be described as: Through truss, Pony truss, or Deck truss. 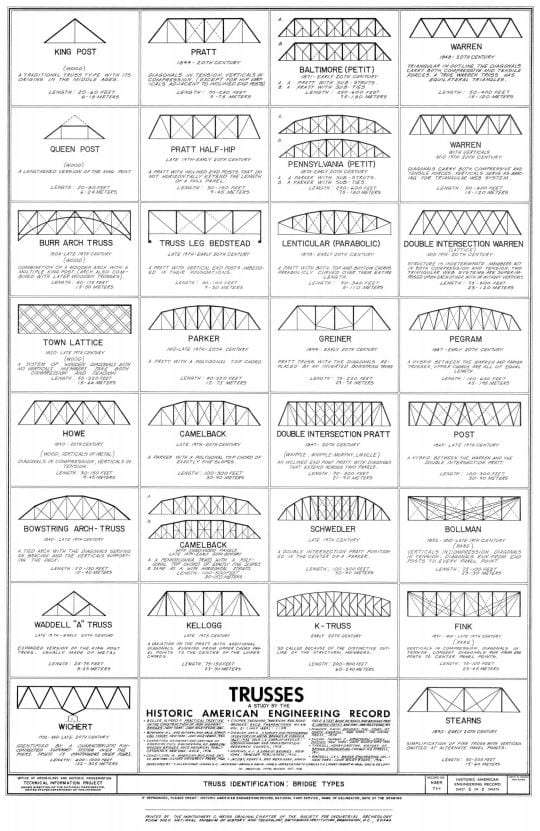 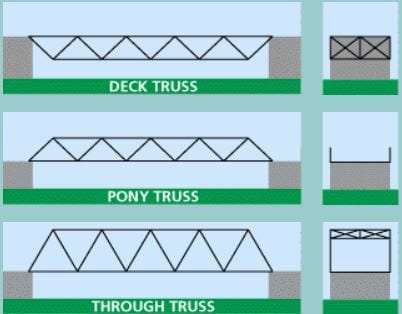 Pratt and Warren trusses were introduced in the 1840s and soon came to dominate road bridge construction. In 1908 the New York State Department of Highways was established with the passage of the Highway Law and began to standardize plans for truss bridges. The new state agency furnished standard plans to town and county officials that were used with increasing frequency statewide. In 1926 the Department of Public Works initiated broader state involvement in the construction of new bridges on the state, town, and county roads, as noted in a 1999 New York State extensive survey of its historical bridges.

Bridges come in all sorts of  types. We hope you will explore the bridges in your area. We’d love to see images of your favorite bridge.

By Christine Bush Greetings everyone, Oscar the Grotesque here, ready to look more closely at Adirondack architecture, historic buildings, and preservation opportunities. I hope you had fun drafting up sketches and field notes of your homes last week. Now that you… 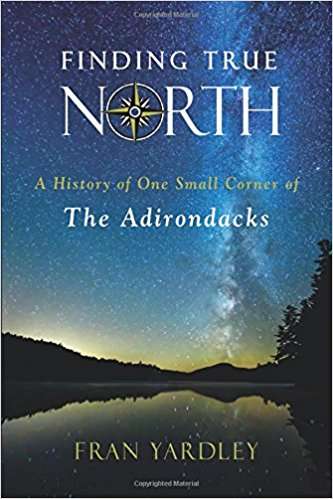 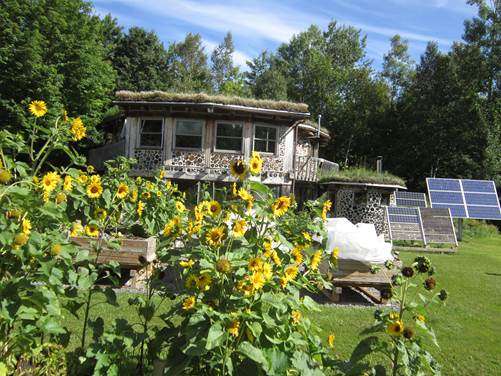 By Rob Roy. On Saturday, May 12, 2018 AARCH will kick off its summer tour season with “Cordwood Building School and Private House Tour”.  We’ll be lead by cordwood masonry experts Rob and Jaki Roy, founders of the Earthwood Building… 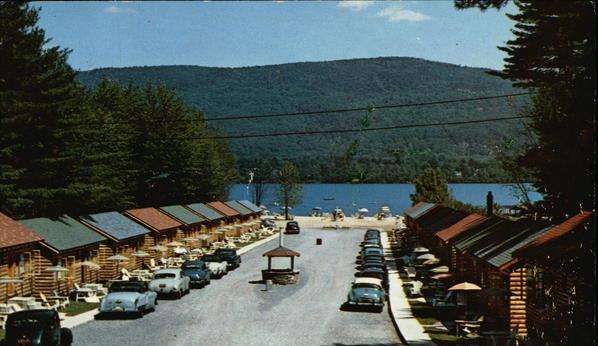 “It is in the nature of the automobile that the city spreads out thus and far away,” said Frank Lloyd Wright. The automobile offered a tantalizing liberation for Americans in the early twentieth century—freedom to go wherever, whenever,  with a speed… 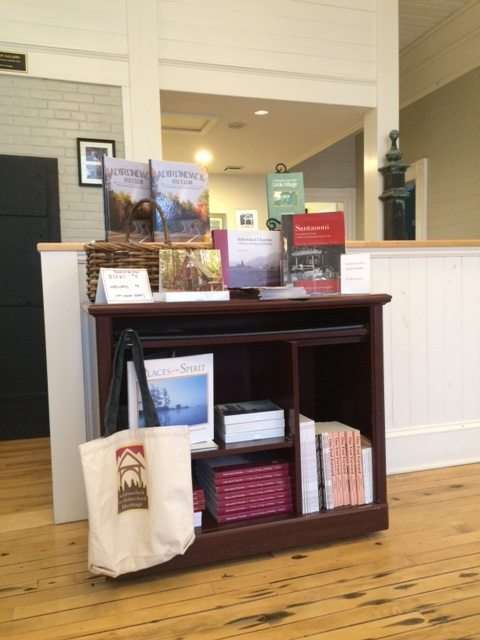