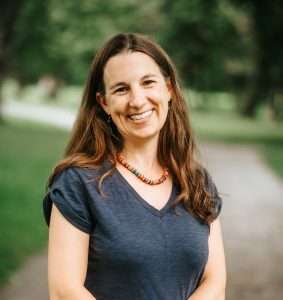 Erin joined Adirondack Architectural Heritage (AARCH) as Executive Director in 2021. She previously served as the Preservation League of New York State’s Vice President for Policy and Preservation for 14 years, from 2007 to 2021. At the Preservation League, Erin directed all aspects of the League’s Public Policy and Technical Services Programs. She worked collaboratively to set and pursue a statewide preservation policy agenda and both built and maintained a statewide coalition to assist the League in achieving its goals. Erin also oversaw the League’s Technical Services and preservation grants programs, including oversight of the Seven to Save Endangered Properties Program and all preservation workshops and community outreach.

Erin Tobin has also held positions with the Massachusetts Historical Commission, New York Landmarks Conservancy, and Historic Albany Foundation. She serves on the City of Albany Historic Resources Commission, appointed in August 2018. Erin holds a Master of Science degree in Historic Preservation from the University of Pennsylvania and a Bachelor of Arts in Architectural History from Binghamton University. She lives in the city of Albany with her husband, three children, and labradoodle, Asher.

Samantha joined AARCH in 2021.  A Schuyler Falls native, she first worked for AARCH as an intern while studying art history at SUNY Plattsburgh. Since then, she has gone on to earn an M.S. in historic preservation from the University of Vermont and most recently worked at an architectural firm in New York City that specializes in historic restoration. Samantha has long been passionate about history and has had the opportunity to follow that curiosity through positions at museums, archives, and archaeological sites. She brings this diverse perspective along with her North Country roots to AARCH, where she is eager to help the team continue to explore and preserve the rich legacy of the Adirondacks.

Contact Samantha about joining or supporting AARCH, your membership questions, merchandise orders, tour reservations, or information about the organization and our work.

Christine has spent over 25 years in the construction industry, working with architects specializing in historic preservation and new construction. After formal training in architecture and historic preservation at Roger Williams University and the Preservation Trades Institute, Christine worked for Lowell National Historical Park on many extensive restoration projects.  Christine’s deep love of the Adirondacks brought her to the north country  nearly two decades ago. She has worked as an independent contractor for local architects and builders before taking the position at AARCH. 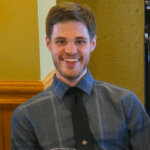 Nolan joined AARCH in 2018 after completing the Public History Program at the University of Massachusetts Amherst. As a public historian, he is passionate about exploring how communities preserve, remember, and use history and historic places to connect their past with their present. He has authored articles on the history of both Upstate New York and Western Massachusetts. Nolan is a native of Central New York, where he grew up near Utica and graduated from Utica College.

Contact Nolan about our extensive public education program, which includes a series of day-long and multi-day tours to communities within and around the Adirondacks, preservation-inspired workshops, as well as our popular series of talks and presentations.

Jan C. K. Anderson is the Founder of RESTORE, a not-for-profit educational corporation dedicated to advancing the technology of building conservation. Ms. Anderson served as a Commissioner of the United States Commission on UNESCO until the United States withdrew from UNESCO in 2019. She is a member of the Executive Committee of US/ICOMOS­—the United States National Committee of the International Council on Monuments and Sites, and is the immediate past President of the Board of Trustees. She currently serves as a Vice President of the ICOMOS International Scientific Committee for Education. Ms Anderson is a Fellow of US/ICOMOS­, and is also a Fellow of APTI – the Association for Preservation Technology International.  Ms. Anderson is a former Vice President of the New York State Preservation League and currently serves on the League’s Governance Committee and Trustees Council.  Ms. Anderson is a graduate of Columbia University’s Graduate School of Architecture, Planning, and Preservation, where she has also served as an adjunct professor for several years. Ms. Anderson lives in Chappaqua, New York and has a family home in the Adirondacks designed by Rockwell Kent.

Susan Arena (Secretary) is currently an architectural historian at EDR (Environmental Design & Research) and has more than a decade of experience in the field of preservation including work in non-profit, private, and public sectors. She was a summer intern at Great Camp Santanoni in 2007, AARCH’s Program Director from 2008 to 2014, and the first Preservation Planner for the City of Worcester. Susan received an MS in Historic Preservation from the University of Vermont and a BA in Architectural Studies from Hobart and William Smith Colleges. After several years in Massachusetts, Susan now lives in Greenwich, New York, where she is restoring her turn-of-the-century house and barn.

William Barnes had a decades-long career in human resources, including at Interleaf, a software company in Cambridge, Massachusetts, in his own HR firm, and with several nonprofits. He is also a professional business coach. Currently retired, Bill lives in Wilmington, with his wife Christine. He is a member of the Lake Placid Rotary Club and served as President for the 2016-17 year.

J.B. Clancy’s relationship with the Adirondacks dates back several generations, as his parents and grandparents have lived in North Creek, and Diamond Point on Lake George. He earned a bachelor’s degree in architectural studies at Brown University, and then completed a masters’ program in architecture at Yale University, earning an award in urban planning and design. He currently both works and lives in Boston, where he is a member of the firm Albert, Righter, and Tittmann Architects.

Richard Frost grew up in the southern Adirondacks, then graduated from Wesleyan University and Duke University Medical School before completing residency in internal medicine at the University of Kentucky. He returned north in 1979 to practice internal medicine in Plattsburgh. He long wrote a regional travel column, “A Day Away,” for the Plattsburgh Press Republican’s Sunday edition. Now he writes a twice-monthly history column for Lake Champlain Weekly.  Along with three travel books, he has written “Plattsburgh– A City’s First Century,” a history of Hotel Champlain (now Clinton Community College), and “The Plattsburgh Military Reservation: A Pictorial History.” History was his entryway into interest in architecture– that plus the fact he and his wife Marty live in a house in Schuyler Falls about to celebrate its bicentennial.

Sarah Heffern first joined AARCH as an intern at Camp Santanoni where she collaborated on website development for Camp Santanoni as well as did hands-on preservation work. She most recently worked in social media for the National Trust for Historic Preservation. Previously, she managed website and e-mail communications for Historic Hotels of America. Sarah received a Bachelor of Arts in American Studies from Siena and earned a Certificate in Historic Preservation from Goucher. She lives in Washington, D.C.

David Hislop worked for most of his professional life as a psychologist for New York State but has always been a passionate preservationist. Besides being an AARCH board member for decades and its president from 2005 to 2011, he has served as the president and chief volunteer for the Essex Community Heritage Organization (ECHO), is a long-time member and now Chair of the Essex Planning Board, and taken on the restoration of several historic buildings, including Greystone Mansion. In 2002, he received an MA in Historic Preservation from Goucher College.

Ed Hodges (Vice President) is Principal and CEO of DiMella Shaffer, Architects in Boston and has lots of personal and professional experience in historic preservation. About being a member of the AARCH board he said, “My interest in Adirondack architecture is rooted first in the fact that I am an architect, second that I am a woodworker, and lastly, that special places often need advocacy.” Ed previously served for six years on the AARCH Board of Directors and we are pleased to welcome him back. 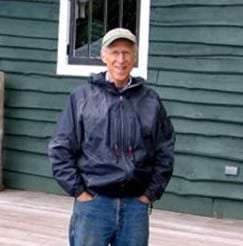 Howie Kirschenbaum was a founding AARCH board member in 1990, was its first president, and has been an active board member ever since. Besides his leadership in helping to create and grow AARCH, he was also largely responsible for the successful campaign to save Camp Santanoni and played a large role in saving other endangered Great Camps, including Sagamore, Uncas, Warren Point Lodge, and White Pine Camp. He has written books on Sagamore, Santanoni, Uncas, and White Pine Camp. In 2011, he received an Excellence in Historic Preservation award from the Preservation League of New York State.

Howie is Professor Emeritus and Former Chair on the Department of Counseling and Human Development, Warner School of Education, University of Rochester.  He has written some 20 books in the fields of education and psychology.

Dean Melville (President) is a retired physician who previously practiced in Saranac Lake, and Syracuse. He now lives in a historic home in Upper Jay. In Cazenovia, White Store, Norwich and Upper Jay he was an active, hands-on practitioner of preservation through working on various historic buildings and features, including a farmhouse, barn, silo, and stone walls.

Stefanie Noble’s experience with AARCH began with a Santanoni internship, and she previously served on our board of directors. She earned a bachelor’s degree in electronic media art and communication from Rensselaer Polytechnic Institute (RPI), then did graduate studies in historic preservation at Cornell University, and in documentary film and history at Syracuse University. Stefanie lives in the Syracuse area, where she serves as Vice-President for Marketing and Communication for YMCA of central New York.

Andy Prescott was a founder of Einhorn Yaffee Prescott Architecture and Engineering (EYP) a large firm with offices throughout the U.S. and overseas. A specialty is adaptive-use and preservation. Projects included: in New York – the State Capitol, the State Education Building, Federal Hall, Ellis Island and Albany’s Union Station; in Washington D.C. – The US Capitol, the Lincoln and Jefferson Memorials, the Old Executive Office Building, and the Vice President’s residence.  Significant collegiate projects include work at Harvard, Princeton, MIT, Williams, and Middlebury; and US Embassies around the world.

Andy was a founder of Historic Albany and President of NCARB regulating architectural practice throughout the US. He is past President of AARCH and current ADKAction’s Vice President. He and wife Kathy are Keeseville residents.

Maria Russell is retired from a career on the public relations faculty of Syracuse University’s Newhouse School of Public Communications, including four terms as Chair of the school’s Public Relations Department. Previously she enjoyed a fourteen-year career in the private sector, including supervision of the press center for the 1980 Winter Olympics in Lake Placid. She earned a Bachelor’s Degree with Honors from College of St. Rose, and a Masters in Journalism at Syracuse University’s Newhouse School. Maria lives in Fayetteville.

Peter Sefton lives in Washington, DC and seasonally on a family farm in Northville. He’s been on the board of the DC Preservation League and chairs their Landmarks Committee and writes many landmark nominations.  He also does some paid historic preservation consulting work, including currently an historic district nomination for Eckington in near northeast Washington.

Jim Van Hoven ( Treasurer) spent his career as a teacher and educational administrator. He served as the Headmaster of two independent schools and, prior to his 2002 retirement, as a School Superintendent in Westchester County.  He and his wife Colleen bought a historic home in the hamlet of Essex in 1978 and have lived there full time since his retirement. During the 2000’s Jim raised funds to rehabilitate the historic Essex Community Church and oversaw that project to completion. He served for many years as chair of the town planning board, retiring at the end of 2017.  During his tenure he completed a comprehensive revision of the town’s zoning law. He remains very active, as is Colleen, in community affairs.

Jim graduated from Williams College, holds an MA in American Studies from NYU and a Doctor of Education from Teachers College, Columbia University.